A Risk Worth Taking

Driving home from church a couple of Sunday nights ago, I had to steer around a piece of lumber in the road. As I passed it I thought briefly about pulling over and moving it out of the road. Or having my teenage son move it.

But, there was traffic, and what if something happened?

That piece of lumber wasn’t really causing too many problems. It was easily avoidable without interfering with traffic.

It didn’t seem worth the risk.

Still, I felt a little guilty as drove on by.

What if it had been causing a problem? Would I have felt more compelled to act?

What if God asked me to put my life in harms way to reach the lost? What if He asked one of my children? Or my husband?

If God called my son to work as missionary in a country hostile to Christianity would try to persuade him to stay? I hope that I wouldn’t.

I recently heard a pastor’s wife say that she hoped her husband retired before they start putting people in jail for preaching against homosexuality.

Before you accuse anyone of being an alarmist, consider that it’s already happening in places like the U.K, Canada, and Sweden. The Canadian pastor was later acquitted, but that fact that he was arrested at all tells us that it can happen. And what if it did happen? Would we stop preaching? Would we ask our husbands to stop preaching?

Realistically we’re probably years away from seeing that happen here in the United States. But what about what’s going on right now?

Today there are many countries around the world where simply admitting to being a Christian can get you thrown in jail or even killed.

I know personally men and women who have put themselves in harms way to preach the gospel. I’ve heard their stories of foreign jail cells and gunfire. Instead of quitting and going home they went back. They refused to let threats to their safety stop them from preaching the Gospel.

In the book of Acts the apostle Paul, when he was about to return to Jerusalem where he knew he would probably be arrested, told the believers at Ephesus; I know the dangers, but the Gospel of Christ is more important.

But none of these things move me, neither count I my life dear unto myself, so that I might finish my course with joy, and the ministry, which I have received of the Lord Jesus, to testify the gospel of the grace of God. (Acts 20:24)

Would I have that kind of courage? Would you?

Most American Christians won’t risk being embarrassed when someone turns down the Gospel tract we’re offering. Never mind going to a foreign country.

We’re so concerned with our personal safety that we walk past the kid in the hoodie without looking up. There are some areas town we won’t even drive through. I’m not criticizing anyone, I’m just as guilty as you are. 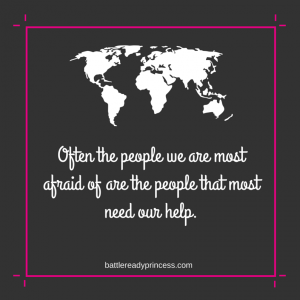 Often the people we are most afraid of are the people that most need our help.

The young man in the hoodie, the drug addict in the alley, the men with turbans overseas, they are the ones that need the Light of the Gospel. They are counting on us to find them and bring them that light. If we want to reach them, we have to let go of our fears and put our lives in God’s hands.

For God hath not given us the spirit of fear; but of power, and of love, and of a sound mind. Be not thou therefore ashamed of the testimony of our Lord, nor of me his prisoner: but be thou partaker of the afflictions of the gospel according to the power of God; (2 Timothy 1:7-8)

It’s one thing to talk about God’s love in a church service. But the people outside of our church buildings are the ones that really need to hear. If you light a candle in brightly lit room, it doesn’t make much of a difference. But if you take that candle to a dark room it changes everything.

Taking the Gospel to those who need it is always worth any risk. 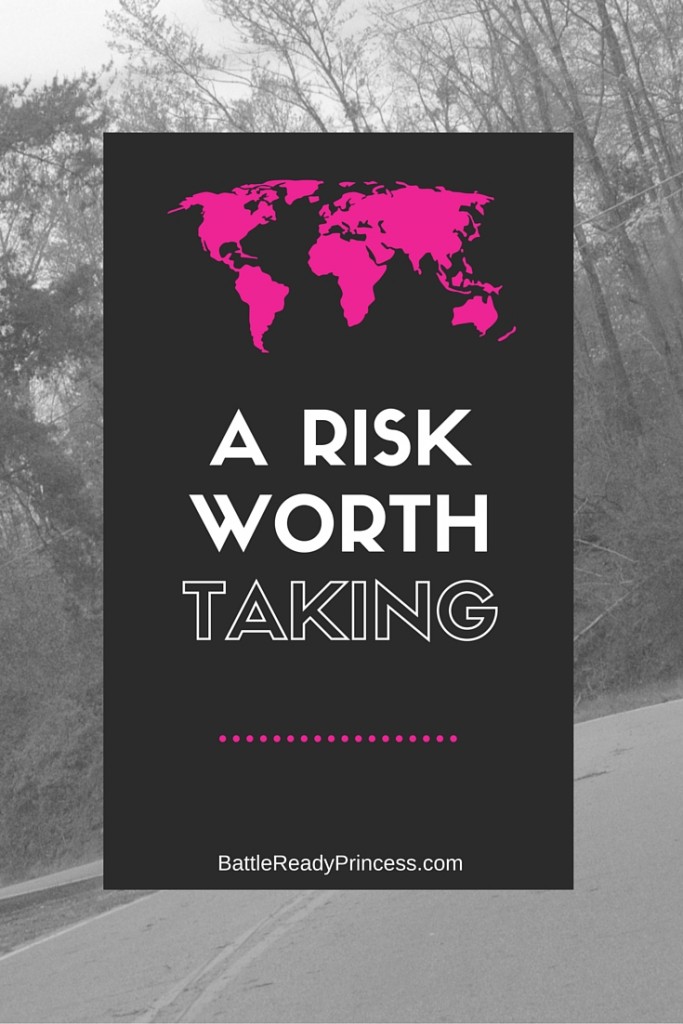 Praying For God’s Will

Hope For The Battle Weary