Lessons learned about prayer and service

It’s been a long and exhausting week. Actually it’s been an exhausting couple of weeks. The days have run together and the nights have been short. So has my temper at times.

I spent all of Wednesday in a state of high anxiety not knowing whether we would make it church or not. It’s become a familiar feeling. I work in our church’s AWANA program on Wednesday nights, and although they know my family’s situation and understand that I can’t always be there, I still feel guilty when I can’t.

And this week it was my turn to teach.

I’m not sure, I haven’t counted, but I think I’ve missed more than I’ve been there this year.

I was so convinced that we wouldn’t make it that almost didn’t prepare a lesson. I had even texted my friend to let her know I wasn’t sure I’d be there.

Up until the time we’re pulling out of the driveway, I was panicking that I would have to find some way right before time to start to get a hold of someone to tell them I wouldn’t be there. It’s happened before.

All the time I’m praying over the lesson I plan to teach. It’s one I tried to teach before, but changed at the last minute. I’m sure about it this time, but I feel compelled to bathe it in prayer more so than usual.

I pray over every lesson I teach, even the ones that are prepared for me, but this time I feel pushed to pray more. I assume it’s my distracted state of mind leading me to pray this way, a desperate attempt to find focus.

This overwhelming compulsion to pray doesn’t stop, doesn’t let up, even while I’m teaching I pause to pray.

Afterward was when the moment came. When in the stairwell in between spending hard earned AWANA bucks, and ant bites on little toes, I had the privilege of witnessing a new birth.

And God used that moment to remind me of something that my weary bones had started to forget, and to teach me a lesson or two about service.

He reminded me of the importance of prayer.

I realized that night that my prayers weren’t for me. I was reminded once again how important prayer is. Prayer isn’t preparation for the battle; prayer is the battle.

Long before I gave my awkward lesson, long before we sat on those stairs, before I felt that little tug on my arm somebody prayed. Maybe it was a mother, or a grandmother, or maybe a stranger, but this child was in someone’s prayers.

I’ve always believed in the power of prayer, but sometimes I need a reminder not to neglect this most needful thing. It’s easy to put it off, excuse ourselves from it all together, but prayer is the glue that holds the Christian life together. And it’s the tether that draws the unbeliever.

The world looks on and sneers. “What good does your prayer do,” they say. According to the book of James, quite a lot.

Never give up on prayer. It is the best thing we can do for anyone in any circumstance.

I had another realization when my friend that I had texted earlier in the day said, “See, you were supposed to be here tonight.”

Anyone could have led that child down the Romans road, but for some reason it was me. For some reason that night a little heart was stirred.

We sometimes think that if God wants us to do something it will be easy. But that’s not always the case. It was God’s will for Moses to lead the children of Israel out of Egypt, but it was long hard fight. In the end he didn’t even get to see the fruit of that battle.

Just because God wants it for us, doesn’t mean it will be easy or come automatically.

Just because God wants it for us, doesn’t mean it will be easy or come automatically.

I do believe that sometimes God closes doors, and when He does we shouldn’t try to open them. But I also believe that when God opens a door, He expects us to walk through it, not sit and wait for something to happen.

Where you are matters

Maybe you’ve thought at some point, that surely you are supposed to be doing something bigger and better for God.

We see pictures and hear stories of children starving in Africa, and we feel burdened. Or we hear statistics about suicide in Asia, and our hearts break. We see news stories about young girls being abused in the Middle East, and we want to help. How can we not?

We look around at suburban Americans, with their first world problems, and think there has to be someone who needs us more.

But, if this is where God has put us, then no one needs us more than the people around us. He puts us where we are for a reason. We shouldn’t try to force our selves into situations where God hasn’t called us.

I will add this though; if God is trying to move us we shouldn’t let this be an excuse to stay. If God is leading you to one of the hard places in the world, He’s already made a plan to replace you where you are now. You will risk more staying, than you will by going.

Service isn’t about us.

It’s not about us and our comfort, and convenience.

It’s about Christ, and bringing others to Him.

When we compare our struggles to the cross, we’ll see them all fade into insignificance. If He can endure the cross for us, we can endure our trials to bring others to Him.

Service for the Kingdom might not always be easy, but it will always be worth it.

Service for the Kingdom might not always be easy, but it will always be worth it. 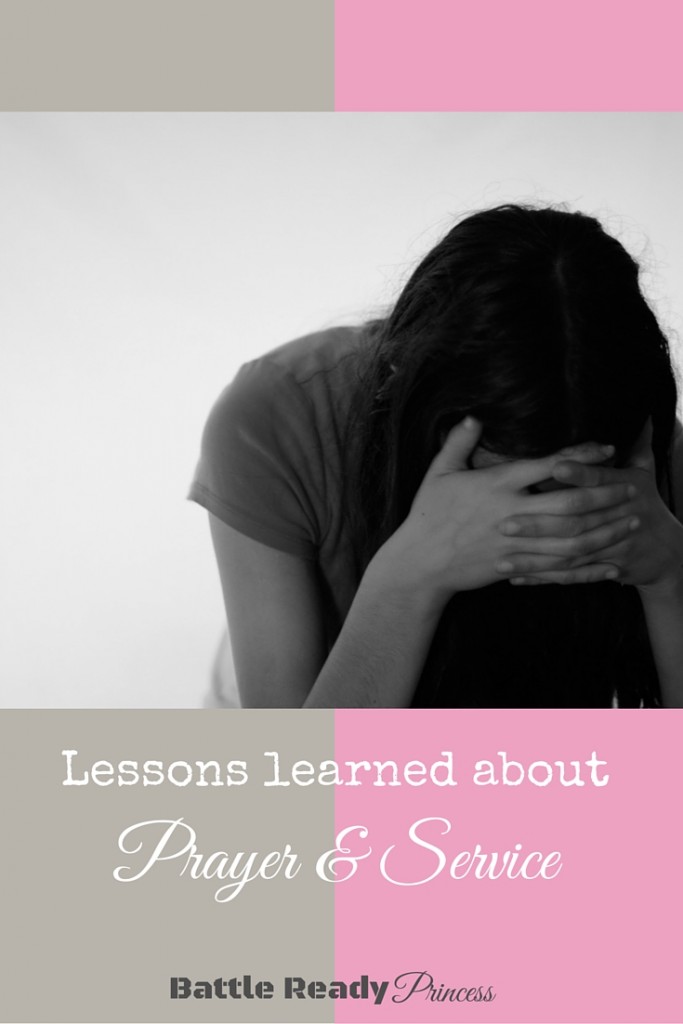 Meeting With The Master In The Middle Of The Messy: 4 tips to save a day gone haywire

The One Thing That Never Changes