Me versus the pumkins

A couple of weeks ago I did an insane thing. I took all five kids to Walmart. Yes, I said five. Even my husband asked what I was thinking.

Honestly with all but one of my children being in double digits, it wasn’t the nightmare it could have been if they were all under ten. I did however, get a lot a requests to buy things. Even my almost seventeen-year-old managed to find stuff to ask for. (Note: When it’s almost your birthday, expect a “no” when you ask for stuff.)

Among the 287,987,982 other things they found that they had to have, were the pumpkins that my ten-year-old foodie spotted. I said “no” to almost everything else. At least I thought I did until I got in the checkout line and watched my money disappear.

But the pumpkins were another story. Even though I do love pumpkin pie and pumpkin muffins, I’m not one that has to put pumpkin in everything just because the leaves are changing, especially not my coffee. But I do happen to have a weakness for pumpkin butter. So Foodie and I picked out two pie pumpkins and put them in the basket before I had a chance to think through what I was doing. 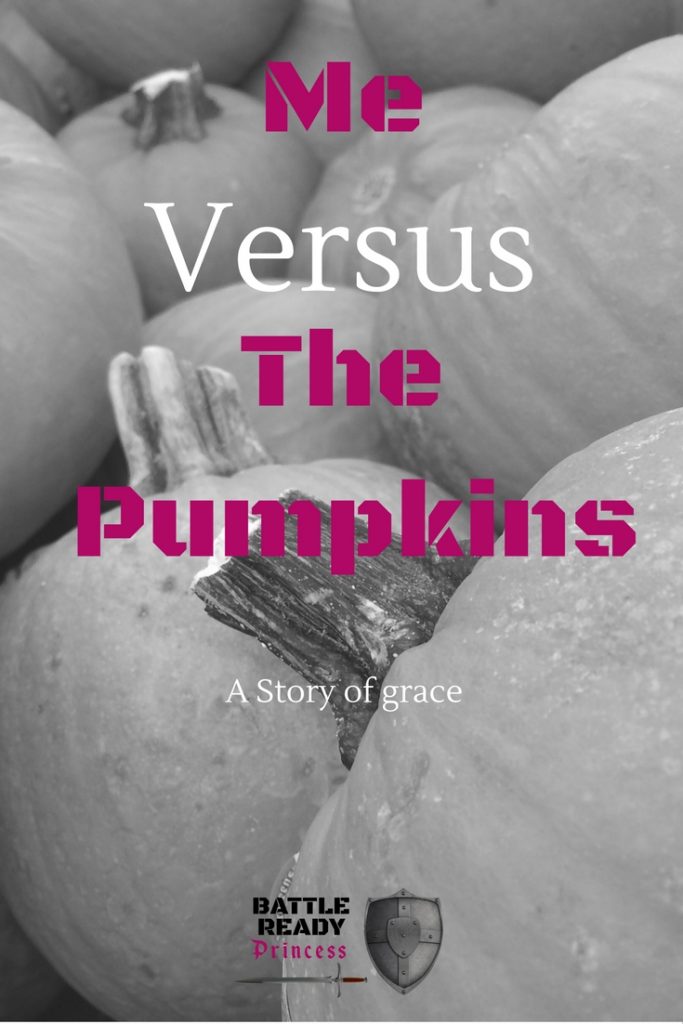 The next morning I grabbed the biggest sharpest knife I had, and a rubber mallet from the garage, and went to work. I sawed, I hammered, and I pounded, but these pumpkins were resisting my efforts with everything they had.

It took me at least a half an hour to get two pumpkins split in half, and another half an hour to scoop out all of the seeds. Finally they went into the oven for an hour. Then it was time to purée.

It was at this point that I realized I needed a food processor, and remembered that mine is broken. Has been for a few years. (I recently replaced it with one like this

from Amazon. It’s not fancy, but it gets the job done.) So I reached for the blender, thinking it should work just as well.

A few rounds of the blade and whatever was on the bottom got puréed, while everything else got pushed into the top of the blender jar. Obviously I needed a spatula to push it all back down. Doing this while the blender was running seemed like the most efficient method.

I spent a few minutes fishing blue silicon out of the blender, and then reached for a wooden spoon. Please don’t make me tell you what happened next.

I spent the next hour fishing wood chips out of my still-not-puréed pumpkin. I threw away more than I probably needed to because I was terrified of my family eating a splinter.

Next up a big metal spoon. I don’t even care anymore if the spoon tears up the blades. I will conquer this pumpkin.

I should probably mention that although Foodie loves food and loves to eat, he also tends to develop strong attachments to things like fruits and vegetables. I bought a watermelon over the summer, and he objected every time I started to cut it, until I finally told him it was cut it or let it rot and throw it out.

He relented, but I had to take his picture with it first.

But I had to take a picture of the zucchini remains before I put it in the bread.

It was at this point that Foodie came in and demanded to know what I was doing with his pumpkins. I calmly explained to him that I was making pumpkin butter, and he would love it. He wasn’t convinced. There were tears pending. I might have promised to buy new pumpkins.

After several more minutes of blending, which both spoon and blender somehow survived, I finally had enough pumpkin puréed to make my pumpkin butter. With Foodie’s help, I got the pumpkin, the sugar and spices, and some lemon seeds, into the slow cooker for the prescribed three hours.

When the three hours were up I went into the kitchen with high expectations. All of my hard work was about to be rewarded with sweet spreadable goodness.

One taste and my heart sunk. The texture was off, and it tasted like somebody had left apple juice out on the counter for way too long. I was so disappointed with it I wanted to chuck the whole thing in the trash, slow cooker and all. I walked away and left it sitting on the kitchen counter planning never to have anything to do with it again.

But as I sat in my chair, exhausted and licking my wounds, I remembered my Savior.

I remembered that He never gives up on me.

Not even when I’m being stubborn. Or when I’m holding onto something that He wants to use to mold me into His image. He started a work, and He plans on finishing it.

Being confident of this very thing, that he which hath begun a good work in you will perform it until the day of Jesus Christ: Philippians 1:6

No matter how much I resist Him, no matter how many times I fail Him, He’s still there, gently prodding me and guiding me. Sometimes I’m hardened to His efforts, and He has to use the mallet. And sometimes I have to be willing to give up my pumpkins, or my zucchini, and let Him purée them and shred them to make them into something that will nourish me and give me strength for the journey.

It’s not always an easy process, but it’s necessary. I cant do what I’m put on this earth to do if I won’t let Him do a work in me first. And He never quits trying. He’ll never write me off as lost cause.

In the end, it all comes down to grace. The grace that pulled us out of our sin, keeps pushing us forward to the finish line, helping us along the way, and turning us into a masterpiece for His glory.

Now unto him that is able to keep you from falling, and to present you faultless before the presence of his glory with exceeding joy, To the only wise God our Saviour, be glory and majesty, dominion and power, both now and ever. Amen. Jude 1:24-25

As for my pumpkin butter, I didn’t give up on it either. Even though I still kind of wanted to. I put it in the fridge that night, and in the morning I put it back in the slow cooker, added a little water, and let it cook some more. A couple of hours later I ran it through my handy chopper. (Basically a miniature food processor like this one

, also from Amazon. I got it as a wedding gift 18 years ago and it’s still going strong.) I don’t know why I didn’t think doing that before. I cautiously gave it a taste.

Foodie loved it, and wanted toast for every meal just so he could have pumpkin butter. I call that a win.

It had just needed a little more time and little T.L.C. and a little grace.

I’m linking up at Grace and Truth, Tell It To Me Tuesdays, and A Little R & R!

Giving Thanks In Dificult Seasons 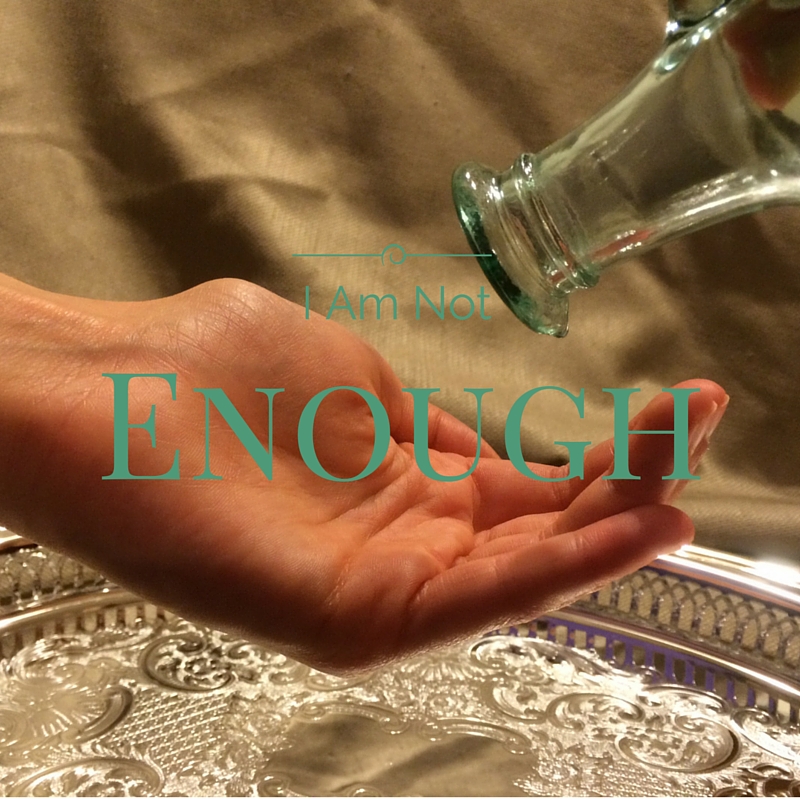 I Am Not Enough