Dear Sisters, We are all called to fight

For centuries the tradition has been for the women to stay behind and keep the home fires burning while the men went off to war. When the women did follow the men to the war front, it was to offer support not to fight. It wasn’t that men believed that women couldn’t fight, but they were seen as too valuable. A society can go on after the loss of a large portion of it’s men, but not without its women.

When it comes to spiritual warfare, there is no such thing as behind the lines. No such thing as on the home front. In spiritual matters everywhere is a battlefield, our churches, our workplaces, our schools, and even our homes.

There is no sacred ground to the enemy. No person, no place, or thing is off limits to the one seeking to destroy.

It doesn’t matter who you are, or how old you are, Satan has you in his sights. Whether you are eight or eighty, man or woman, his only goal is ruin you. Peter warns in his first letter:

Be sober, be vigilant; because your adversary the devil, as a roaring lion, walketh about, seeking whom he may devour: 1 Peter 5:8 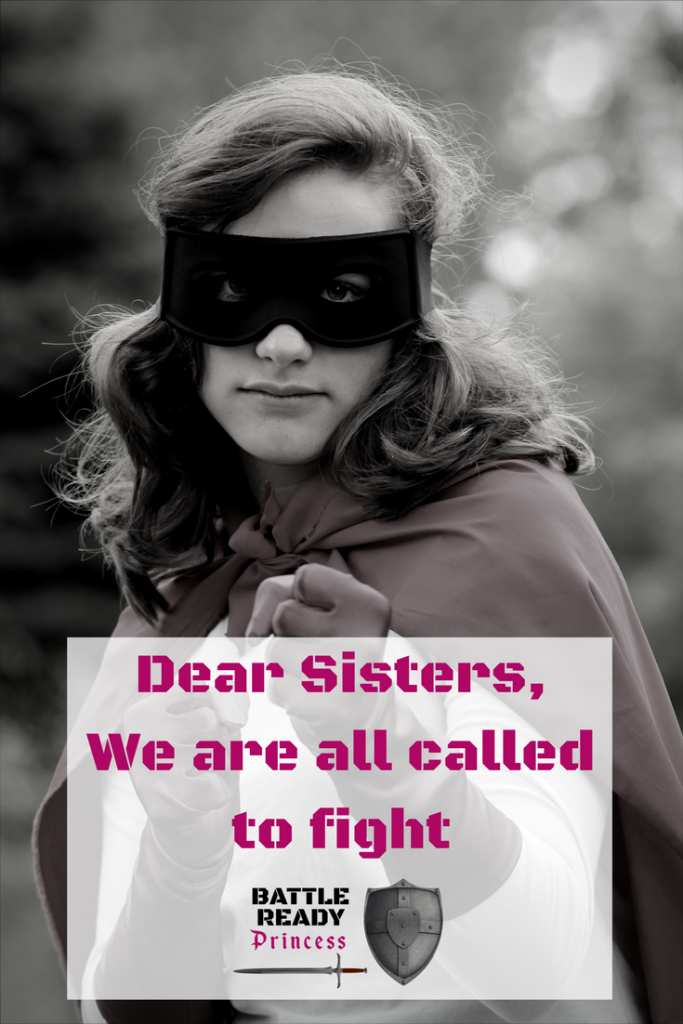 As women, the roles we fill may often look different than those filled by men, but we are on the front lines just the same. We may be married or single, raising small children or empty nesters, businesswomen or homemakers, girly-girls or Tomboys. Whatever our ethnicity, age group, social status, or economic position, as women of God, we need a dramatic shift in the way we see ourselves.

We need to view ourselves as warriors for the kingdom heaven. We are not helpless damsels in distress, or ditzy cheerleaders off on the sidelines.

The home fire is one of Satan’s top priorities.

The home fire is one of Satan’s top priorities. #SpiritualWarfare

God tells us in his Word over and over again to be strong. Nowhere is that exhortation limited to just men. The woman of Proverbs 31 is described twice as being strong.

She girdeth her loins with strength, and strengtheneth her arms. Proverbs 31:17

Strength and honour are her clothing; Proverbs 31:25

Yes, I think a woman should be feminine. And I’m not really talking about physical strength here, but I’ve yet to find a Biblical example of a woman that didn’t possess some degree of strength whether physical, mental, or emotional. There’s nothing feminine about helplessness. (Jacqueline form Deep Roots at Home makes a good case for being sturdy womanhood.)

But if we try to rely on our own strength the enemy will crush us. The strength we need comes from the lord. It’s through the strength of God and power of the Cross that our enemy is defeated.

Satan was defeated at Calvary. His fate is sealed. He cannot win. And he knows it. His aim is to take as many as he can into defeat with him.

If you are a child of God he can’t touch you, you safe forever from the powers of Hell.

But Satan can still wreak havoc in the lives of Christians. He will throw everything he has at us to make us ineffective for the kingdom of heaven.

But we don’t have to let him. Through the Blood of The Lamb we have the power to stand against him.

…be strong in the Lord, and in the power of his might. Ephesians 6:10 (Emphasis added.)

We can’t let ourselves think that because we’re not preachers or preacher’s wives, that spiritual warfare doesn’t apply to us. The devil is on the attack in our Bible belt hometowns just as much as he is in the shaman’s hut in Africa.

The women of God are being attacked by the enemy, and very often they don’t even realize it. I see it more and more as Christian women become more and more enamored with the things of this world, the enemy moves in to devour the things they hold most dear.

Children are rebelling against their parents. Husbands and wives are turning away from each other. Families are being torn apart. Lives are being destroyed, and we’re busy with all of things we’ve decided are more important.

Satan wants us distracted and not giving any thought to spiritual matters. But if we would stop for just one minute, and look not with physical eyes, but with spiritual eyes, at the world around us, we would begin to see how urgently our engagement in the battle is needed.

And we’ll begin to understand and to teach our daughters, and the younger women around us that among all of our preparations for the day, nothing is more important than how we prepare our hearts for the spiritual battles of the day.

For we wrestle not against flesh and blood, but against principalities, against powers, against the rulers of the darkness of this world, against spiritual wickedness in high places. Wherefore take unto you the whole armour of God, that ye may be able to withstand in the evil day, and having done all, to stand. Ephesians 6:12-13

Nothing is as important than how we prepare for the battles of the day. #SpiritualWarfare

The Question No One Would Have Asked

When Children Are Broken 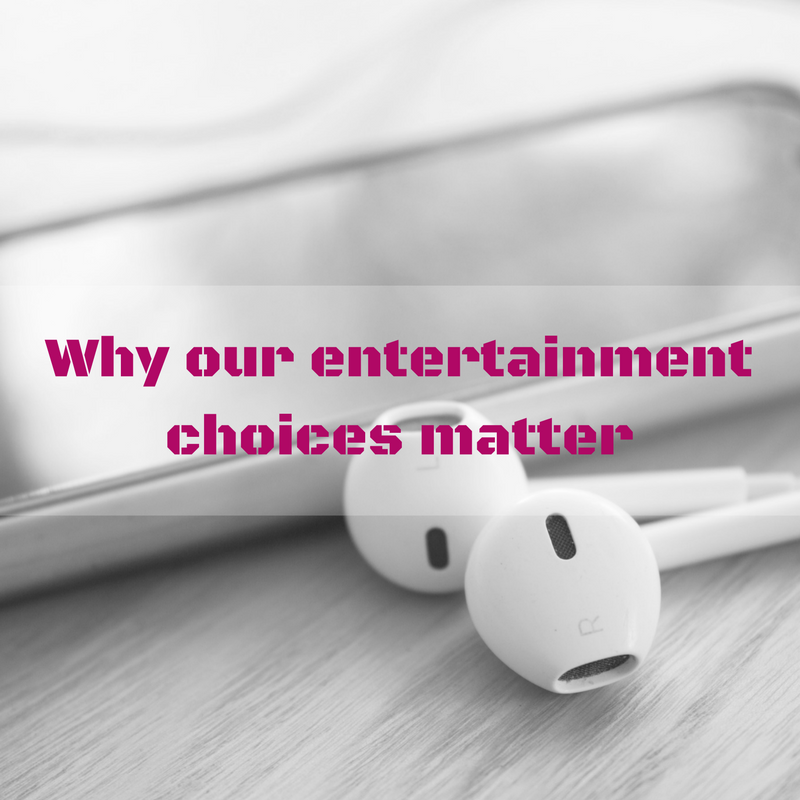 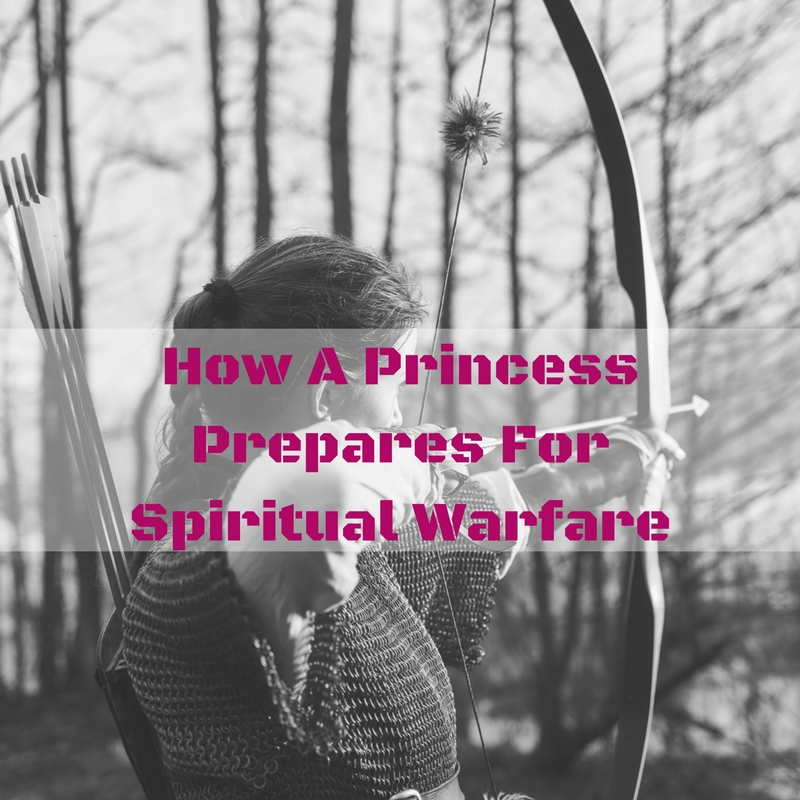 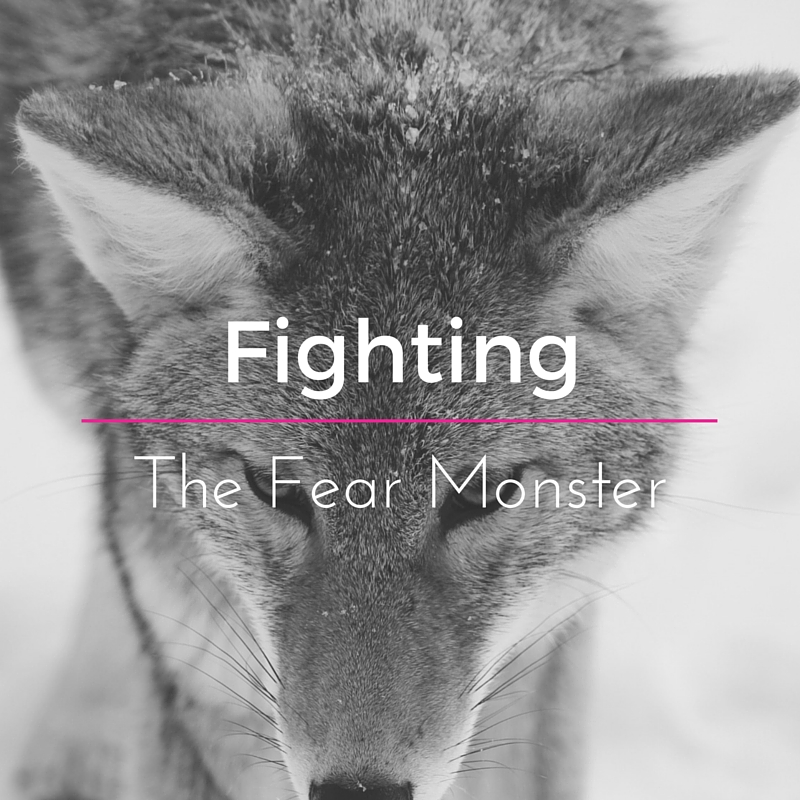